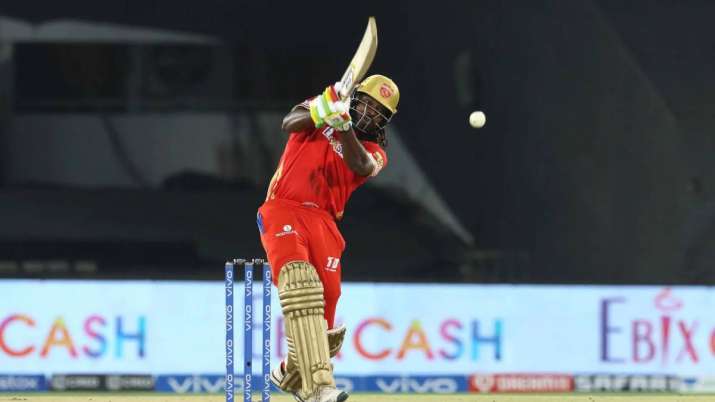 The ‘Universe Boss’ hammered Kyle Jamieson for five fours in the final over of the PowerPlay on Friday. Gayle’s blitz didn’t end there. In the next over bowled by Yuzvendra Chahal, Gayle smacked two maximums to propel the Punjab outfit to a flying start.

Being put to bat first, the Punjab outfit started off poorly, losing Prabhsimran Singh (7) early in the innings. Skipper KL Rahul then teamed up with Gayle as the two guided PBKS to 49/1 at the end of the first six overs.

Rahul and Gayle added 80 runs for the second wicket before the latter departed for 46 in the 11th over. Gayle went for a hook off Daniel Sams but the ball took the top edge and lobbed towards wicketkeeper AB de Villiers. So far, only Shane Watson and Gayle have hit five or more fours in an IPL over on two occasions.

For the clash against RCB, Punjab made three changes to their side bringing in Riley Meredith, Prabhsimran Singh, and Harpreet Brar in place of Moises Henriques, Arshdeep Singh, and Mayank Agarwal.

Having won just two games so far out of six, Rahul’s men are sitting sixth in the points table with four points.

“We have always found ourselves in this position, we just have to go out there and put up a show tonight. We have three changes. Henriques and Arshdeep are out, Mayank is not feeling too well as he got hit in the last game.

“Meredith, Prabhsimran and Harpreet are in. It’s (inconsistency) something we have spoken about. We are a young group of guys except for Chris, but it’s important that we learn from our mistakes. I hope so (a century for Gayle),” said Rahul after losing the toss