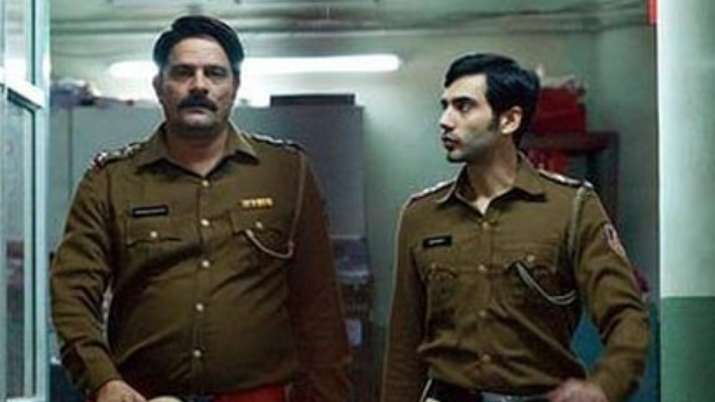 While some days there is a mood to watch light-hearted funny titles, there are those times when a spine-chilling thriller is needed to unwind. Here are a few titles to binge-watch the gripping, exhilarating crime and psychological thrillers:

Walking down a dark road in the night and you feel someone following you? Or you get a dozen red roses, but they’ve been sent anonymously? Incidents like this lead you to ask – are you being stalked? Applause Entertainment has revived these questions by their latest offering Hello Mini 2 after a successful Season 1. The voiceless, nameless, and faceless ‘Stranger’ whose daunting requests have haunted Mini is sure to keep the audiences glued to their screen. Mini must follow the Stranger’s order and enlist herself to play the dangerous game of Dare Defy on the dark web – or face dire consequences. As things begin to unfold and rapidly spiral out of control for Mini, she becomes a key suspect in a murder investigation because she participates in this illegal game. Will Mini be able to beat Stranger? Watch Hello Mini 2 streaming on MX Player.

The dark web is home to the most insidious crimes of the modern era. With one quick click the internet allows people to share information like family photos and professional accomplishments, making it easy to ignore or forget that behind clever screen names and witty captions is a dark digital world with real dangers and risks. In hourlong episodes, “Web of Lies” on discovery+ unravels tragic stories of deception and manipulation triggered by online interactions

Mind blowing performances, well rendered story and a suspenseful paced script makes it an engaging series from start to end. This Avinash Arun and Prosit Roy directorial stars Jaideep Ahlawat, Gul Panag, Neeraj Kabi, Swastika Mukherjee, Ishwak Singh, Abhishek Banerjee and revolves around a down and out cop lands wherein four suspects are nabbed in the assassination attempt of a prime-time journalist. The case turns out to be a devious maze where nothing is what it looks like. The pursuit of it leads him to the dark netherworld – the ‘Paatal Lok’, and to shocking discoveries in the past of the four suspects. Stream all the episodes of Paatal Lok on Amazon Prime Video for FREE with Prime Video Mobile Edition.

When college students across Mumbai are murdered in gruesome ways, inspector Virkar from the Crime Branch discovers a ruthless gang of young, tech-savvy criminal minds, who use social-media and the dark web to run a sextortion racket. With his new cocaine addict associate Richard and the beautiful psychologist Naina, Virkar is set to find the killer behind these gruesome killings. But the killer is always a few steps ahead of him. Watch the engaging thriller based on sexploitation and cyber crime streaming on MX Player.

Mind of a monster- The truth behind one of America’s most prolific serial killers is revealed. Over the course of 20 years, deranged serial killer Gary Ridgway murders dozens of prostitutes and dumps their bodies in a river. Watch this gripping crime thriller on discovery+.

Two film Institute graduates turned to wedding videographers travel to Manali to cover a wedding. One of them inadvertently captures a cold-blooded murder by the groom’s father. He is horrified to see the killing being cleanly swept under the carpets and trying to do the right thing, he puts all of them in danger. At the same time a police inspector from West Bengal lands up in Manali investigating another mother which adds to the twists in the Applause Entertainment’s production, making things more complicated for the two families and the resort owner. Watch all episode of Undekhi on SonyLIV.

The series has one of the most interesting plots with numerous twists and turns to keep you curious throughout. The series stars R. Madhavan, Amit Sadh, Hrishikesh Joshi, Sapna Pabbi, Atharva Vishwakarma, Neena Kulkarni and explores the lives of ordinary men faced with extraordinary circumstances. Kabir (Amit Sadh), a brilliant but non-conventional officer of the Crime Branch, puts the pieces together of seemingly unconnected deaths of organ donors that lead up to an unlikely suspect – the affable Danny (R. Madhavan). Kabir will not stop till he cracks the case and delivers justice. Fans can watch all the episodes of R.Madhavan starrer Breathe on Amazon Prime Video.

A thrilling conspiracy series revolving around Dr Mira who has to choose between her family’s life and the Chief Minister’s life. When four masked men break into the Anand family home, taking them hostage, Dr Mira, the matriarch and a brilliant surgeon is asked to kiss the CM, in a routine surgery. If he doesn’t die, her family will.

Continuing from the cliff-hanger situation from season 1, the second season introduces some interesting new set of characters with their own reasons for getting involved in the murky situation surrounding CM Handa’s kidnapping making the plot more engaging and thrilling. Watch Hostages streaming on Disney+Hotstar.