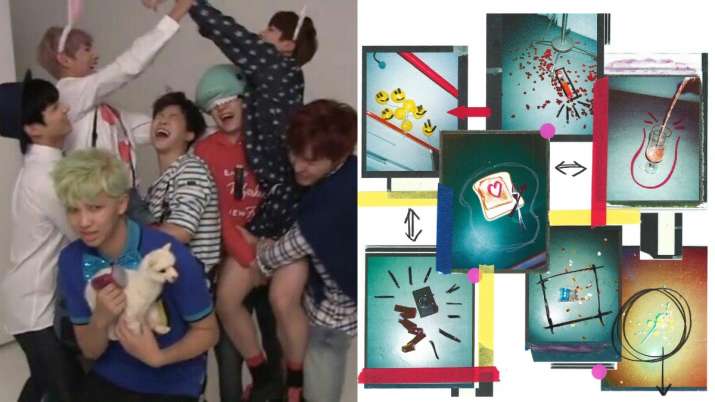 K-pop boy band BTS surprised their fans as they dropped the teaser poster of their upcoming track Butter. On May 1, the teaser poster was shared on social media platforms with the caption, “#BTS_Butter Concept Clip – Teaser Poster.”

The poster has a collage of seven pictures. One of them features a camera on the floor, another features a toasted slice of bread. There is also a picture of a drink, spilled gummies, broken lollipop, heart-shaped confetti. The poster has left fans confused and they have been hunting for clues. ARMY is paving new theories and sharing their interpretations of the poster.

Check them out here:

The song is slated to release May 21 at 1 p.m. KST (9:30 am IST). In the upcoming days leading up to the release, fans will be treated to teaser photos, and the official teaser video.

Recently, the band released the trailer logo of Butter. The trailer is an hour long video of a melting animated blob of butter. For an hour straight, you hear kitchen noises in the backdrop, with some cute emojis like musical notes, sun symbol, pair of sunglasses and a heart among others appearing on the screen. The video begins with a rectangular blob of butter which later melts to become a heart after an hour. The video has garnered over 13 million views so far.

You can watch it here:

Recently, BTS has become the first Korean pop act to be nominated at the Grammy Awards for Best Pop Duo/Group Performance. They have also earned a nod at this year’s BRIT Awards in the International Group section. The awards are scheduled to held on May 12.

BTS, or Bangtan Sonyeondan (meaning Beyond The Scene), have gone onto become global icons since their debut in June 2013. The members of the band are RM, Jin, SUGA, j-hope, Jimin, V, and Jung Kook. The septet topped the Billboard Hot 100 chart thrice in 2020 alone, and were also named Time’s Entertainer of the Year last year.