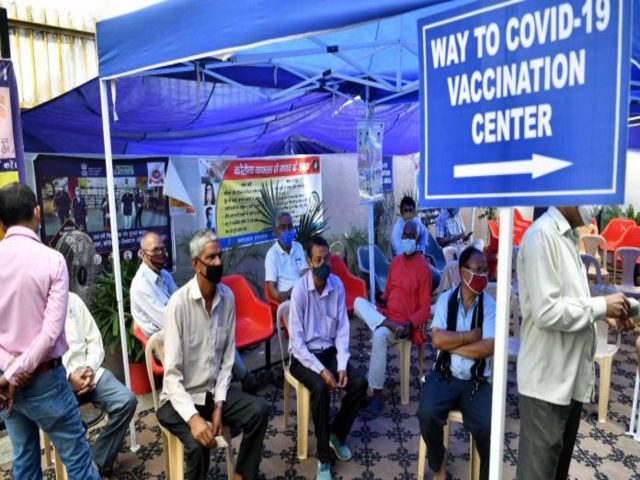 The Indian government on April 28, 2021, had opened the registrations for the COVID-19 vaccination drive on the Co-WIN platform for everyone above 18 years of age. The registration mark touched almost 1.33 crores.

However, the massive number of registrations has placed pressure on the states to make arrangements for an adequate number of doses to inoculate the people above 18 years. Several states have raised a red flag on the availability of the vaccines, subsequently resulting in a delay in the launch of the vaccination drive.

Madhya Pradesh Chief Minister Shivraj Singh Chauhan informed on April 30, 2021, that the COVID-19 vaccination drive for everyone above 18 years will not begin from May 1, 2021, in Madhya Pradesh due to the unavailability of vaccines.

During a press conference, CM Chauhan said that the state government had a talk with the manufacturers of the COVID-19 vaccine – Bharat Biotech and Serum Institute of India and found out that the manufacturers would not be able to provide the vaccines.

Meanwhile, Maharashtra, Delhi, Punjab, Chhattisgarh, Gujarat, Kerala, Bihar, Jharkhand, Andhra Pradesh, Telangana, Karnataka, Tamil Nadu and Rajasthan have also indicated that they may have to delay the vaccination drive (for all above 18 years) scheduled for May 1 due to shortage of vaccines.

Maharashtra government said that they would require 2.5 million doses in hand to begin the vaccine drive for the 18-44 years age group. Hence, they have decided to put the third vaccination drive on hold.

Vaccination in Mumbai closed for three days from tomorrow due to lack of adequate vaccines. Planned vaccination of citizens aged 18 years and above is also likely to start late: Brihanmumbai Municipal Corporation

Delhi Health Minister Satyendar Jain said that the state does not have vaccines as of now. They have requested the manufacturers to provide the same. “We will tell you in a day or two,” he said.

Punjab Health Minister Balbir Singh Sidhu also informed that the state is not receiving an adequate number of doses of vaccines hence the state will face a delay in beginning the vaccination drive for all above 18 years.

Chhattisgarh Health minister also raised concerns over the delay in starting the vaccination drive from May 1 due to the shortage of vaccines in the state. “Even if we have 1 lakh doses how many people, we can inoculate out of the total 1.20 crore population”, he said.

Gujarat CM Vijay Rupani informed that the state will most likely start the vaccination drive for all above 18 years from May 15 instead of May 1 when the state has received an adequate number of doses from the vaccine manufacturers.

Kerala health minister tweeted that they cannot begin the inoculation of people above 18 years and above when most of the population above 45 years are to be administered with the second dose of the vaccine. The state has only 3-4 lakh vaccine doses and they will give priority to those who are to be given the second dose.

Bihar, Jharkhand, Andhra Pradesh, Telangana, Karnataka, Tamil Nadu and Rajasthan have also expressed concern over the delay in starting the vaccination drive from May 1 due to a shortage of vaccine doses from the manufacturers.

Union Health Minister Dr Harsh Vardhan came forward to clarify that there are over one crore vaccine doses still left with states. “We have given more than 16 crore doses of vaccines to states of which more than 15 crores doses have been administered,” he said. He also mentioned that approximately lakh doses will be delivered in the coming 2-3 days.