In a first, two Indian squads will be travelling to different places at the same time. There will be a new leader too. Shikhar Dhawan is set to take charge of a 20-strong Indian side in Sri Lanka, filled to the brim with youngsters including six uncapped players.

The BCCI on Thursday announced an invigorating squad for the limited-overs assignment in Sri Lanka. The set-up consists of players with maiden India call-ups, names who are trying to revive their fading career, and rookies who’ve impressed in this year’s postponed IPL edition.

While India’s primary side will be in the UK for the big-ticket Test series against England, a ‘B’ team sans Virat Kohli and Rohit Sharma will travel to the island nation for a six-match white-ball jaunt. Bhuvneshwar Kumar will be Dhawan’s deputy and all matches will be played at a single venue — R Premadasa International Cricket Stadium — between July 13 and 25.

There are a lot of expected inclusions, a few surprise omissions and a couple of names who are trying to recover lost ground. Here are the key takeaways from the squad announcement:

1. Spoilt for choices at the top

Colts Devdutt Padikkal and Ruturaj Gaikwad, who’ve quickly become an essential part of their respective IPL franchises, have been drafted in the squad. Padikkal quickly rose the ranks while opening the innings for Royal Challengers Bangalore.

It was hard to imagine a 20-year-old Padikkal finishing as RCB’s highest run-getter in the UAE. He didn’t stop there and transferred his IPL form onto the domestic stage. In the Syed Mushtaq Ali Trophy, he scored 218 runs in six games and hit a staggering 737 runs in the Vijay Hazare Trophy. To top it all, the Karnataka lad scored his maiden IPL century against Rajasthan Royals in the recently-curtailed IPL edition.

It’s been a similar story for 24-year-old Ruturaj from Maharashtra. Overcoming COVID-19 and debuting amid CSK’s horrendous season in the UAE, and ending up with 204 runs in six games including three consecutive fifties made him a fan-favourite. Like Padikkal, Ruturaj has been a rock-solid pillar of his franchise’s top-order since the past two seasons.

“Every professional cricket dreams to play for India one day. I’ll be happy if I get the opportunity to wear the national jersey soon,” Ruturaj had told India TV, just days before his maiden India call-up.

Skipper Dhawan and Prithvi Shaw, the other two opening choices, were the likely first-choice picks at the top. With a considerable amount of experience, the Delhi Capitals duo will give impetus to the top-order. After a blip in Australia, Shaw came back strongly to score 827 runs in Vijay Hazare Trophy and also finishing as the tournament’s highest run-getter. He was brilliant in IPL 2021 too as he notched up 308 runs in just eight games.

Dhawan will also be raring to go with his new role, scoring over 7,000 runs for India in the white-ball formats.  As if that wasn’t enough, the Indian camp also has Nitish Rana and Ishan Kishan to don the opener’s role.

2. Revival opportunity for many 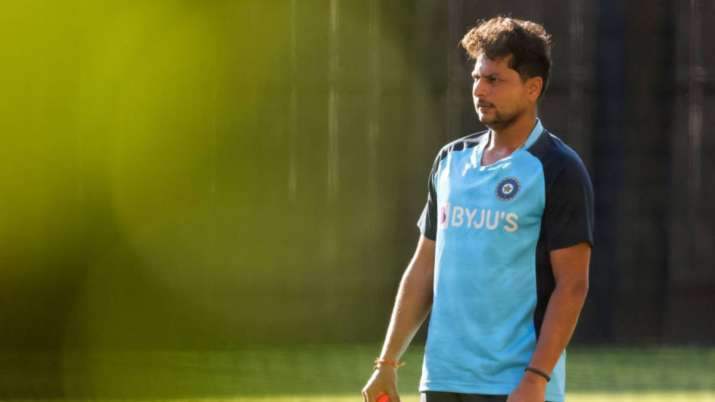 Prithvi Shaw himself had revealed that he felt ‘worthless’ after being dropped from the squad in Australia. “I went to my room and broke down. I felt like something wrong was happening. I needed answers quickly,” he told The Indian Express in an interview.

Overcoming a difficult phase, Shaw found his mojo in the domestic circuit (Vijay Hazare Trophy) and the IPL 2021. He was fourth on the list of Orange Cap holders when the IPL edition came to a halt. The 21-year-old may have not earned a ticket to the UK, but he’s looking more than ready to marshal the opening spot alongside Dhawan.

Like Shaw, Manish Pandey also had a season with many ups and downs. Earlier this year, the right-hander was dropped from India’s squad for the five-match T20 series against England. There was no official word on his exclusion but many fans raised questions over his future with the national team. To make things worse, he found himself dropped from the BCCI contract list. He sought solace in IPL 2021, scoring 193 runs from five games with two fifties for SunRisers Hyderabad. The Sri Lanka tour will be a great opportunity for him to resurrect his career.

The Sri Lanka series will be of utmost importance to out of sorts Kuldeep Yadav. The last 12-15 months have been tough for the chinaman bowler. It all started with his mediocre stint with Kolkata Knight Riders in IPL 2020 where he bagged just one wicket in five matches. Kuldeep then didn’t feature in a single game for India before playing Chennai Test against England. IPL 2021 was no different for the 26-year-old as he didn’t feature in a single match. To rub salt into the wound, Kuldeep didn’t find himself in India’s squad for England tour including the WTC final. 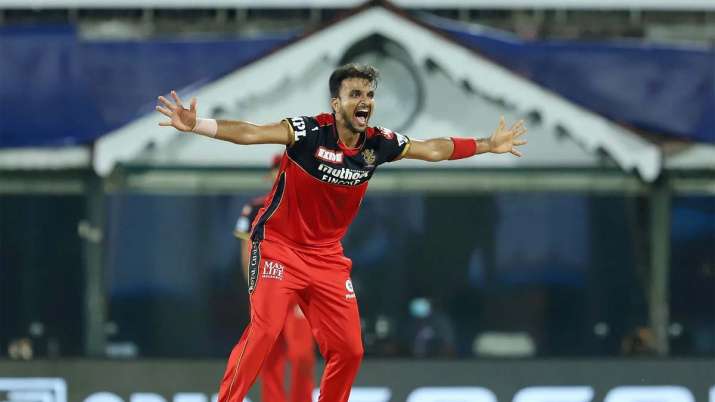 While Chetan Sakariya made the cut, Harshal Patel didn’t make it to the squad despite grabbing 17 wickets from seven innings and holding the Purple Cap in the now-postponed IPL season.

Harshal was traded by Delhi Capitals to Royal Challengers Bangalore ahead of the fourteenth season and the Haryana pacer enjoyed his breakthrough season after returning to his old IPL franchise. He looked the answer to RCB’s perennial death bowling woes. Barring his 37-run over against Ravindra Jadeja, Harshal had a magnificent outing this year in the red jersey.

Another missing name from the squad was all-rounder Rahul Tewatia, who had failed his fitness test ahead of England T20Is. Tewatia and Varun Chakravarthy reportedly had failed to meet the minimum requirements in the fitness test conducted. While Chakravarthy has earned a spot in the 20-member squad, Tewatia has been overlooked when Krunal Pandya and K Gowtham are present in the set-up.

Despite calls for his inclusion, Saurashtra skipper Jaydev Unadkat was also left out of the Indian squad. An excellent performer in the domestic circuit, the left-arm pacer was crucial to his side’s 2019-20 Ranji Trophy run. He picked up 67 wickets — the most by any pacer, surpassing Dooda Ganesh’s 62 wickets record in the 1998-99 season.

“I fail to understand why Jaydev Unadkat is being ignored. He picked 67 wickets (a record) in the last Ranji Trophy and a lot of them came on the flat track of Rajkot,” former national selector told Sarandeep Singh PTI last month.

Dinesh Karthik, India’s hero in the 2018 Nidahas Trophy final against Bangladesh, was also overlooked. He recently said that he should be a part of the T20I set-up and is hopeful to squeeze into the T20 World Cup squad too.

With Hardik Pandya‘s return, the fast-bowling all-rounder slot looks done and dusted. He’s the lone option in the squad, facing no competition whatsoever from a similar kind of player.

Vijay Shankar hasn’t donned the India jersey since the 2019 World Cup. His IPL 2020 was also cut short by a hamstring injury. He suffered another injury setback in the Syed Mushtaq Ali Trophy. The Tamil Nadu cricketer’s IPL 2021 stint wasn’t great either. He scored just 58 runs in seven games and picked three wickets as SunRisers Hyderabad slumped to the bottom position. In Hardik’s presence, Shankar’s return to the national set-up looks bleak at the moment.

Shivam Dube also has gone down the same path. When he joined Royal Challengers Bangalore, big things were expected from him. However, in 15 games for the Virat Kohli-led outfit, he managed just 168 runs at an average of 16.90. After shifting his base to Rajasthan Royals, Dube looked no different, scoring 145 runs at an average of 24.16 and with a strike rate of 117.88. 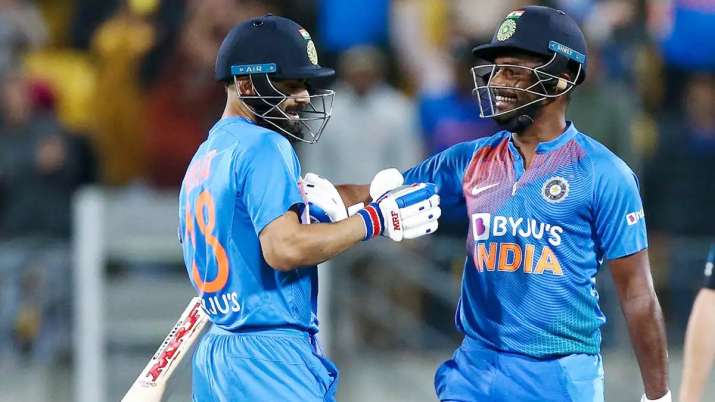 Rajasthan Royals skipper Sanju Samson will be one of the choices for India to don the gloves, and he might also get a chance to play at the No.3 position. However, with Ishan Kishan and Suryakumar Yadav in the set-up, Samson will have to fight for his place in the Playing XI.

The wicketkeeper-batsman still has to tick the consistency box. He slammed a ton against the Punjab Kings to start his IPL 2021 campaign on a high. However, he looked hot-and-cold in other games. Rishabh Pant’s rise may have jeopardized Samson’s international career, but the Kerala player has still got what it takes to be a part of the Indian set-up.

Shreyas Iyer, on the other hand, will be licking his lips to make a return. Having undergone shoulder surgery in April, Iyer is expected to take at least three months to be fit again. After missing the first half of IPL 2021, the Delhi Capitals skipper will most likely join the franchise for the remainder of the season in the UAE.

Arjun Rampal pens heartfelt birthday wish as daughter Myra turns 16, ‘Can’t wait to have you in my arms’