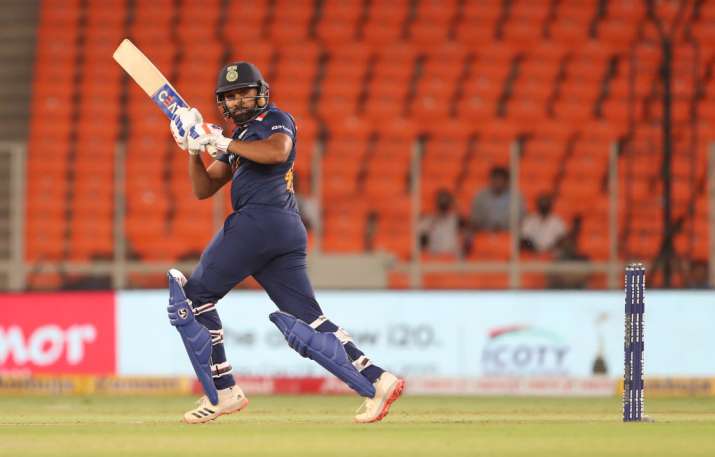 Team India’s opening batsman and limited-overs vice-captain Rohit Sharma turned 34 on Friday. Widely regarded as one of the most destructive batsmen in modern-day cricket, Rohit holds the record for the highest individual score in ODI cricket (264).

The Indian batsman made his international debut in 2007 against Ireland. In the same year in September, Rohit was part of the team which won the inaugural T20 World Cup, beating Pakistan in the final. The right-hander played a key role with the bat in the final match, scoring an unbeaten 30 off just 16 deliveries to aid India to 157/5.

However, Rohit missed out on a place in the 2011 fifty-over World Cup squad due to a poor run of form at the time. His struggles in middle-order continued until MS Dhoni, the-then captain of the side, played a master-stroke and asked the Indian batsman to open the innings.

Rohit never looked back since.

In his maiden international tournament as an opener, Rohit formed a formidable partnership alongside Shikhar Dhawan, aiding India to 2013 Champions Trophy glory.

In the same year, he also made his debut in Test cricket in the series which marked the end of Sachin Tendulkar‘s career. While he scored centuries in both the games of the series against West Indies, it took time for his career in the whites to take flight. It eventually happened in 2019 when Rohit — once again, was asked to bat in the opening order. He produced remarkable performances during the home season against South Africa and Bangladesh, cementing his place in the side.

On November 2, 2013, Rohit Sharma scored his first double century in ODIs. He slammed 209 against Australia. However, he broke the record for the highest individual score in ODI cricket a year later, when he scored a staggering innings of 264 against Sri Lanka at the Eden Gardens in Kolkata.

Rohit would go on to score another double century in 2017 against Sri Lanka, remaining unbeaten on 208 at the PCA Stadium in Mohali.

In the 2019 World Cup, Rohit Sharma ended as the tournament’s highest run-getter, slamming 648 runs in nine matches at an average of 81. He scored a record five centuries in the edition.

The 34-year-old is also the most successful captain in the Indian Premier League history. He has led Mumbai Indians to five IPL titles so far — highest in the tournament’s history.

MI are also the current defending champions of the Indian Premier League.