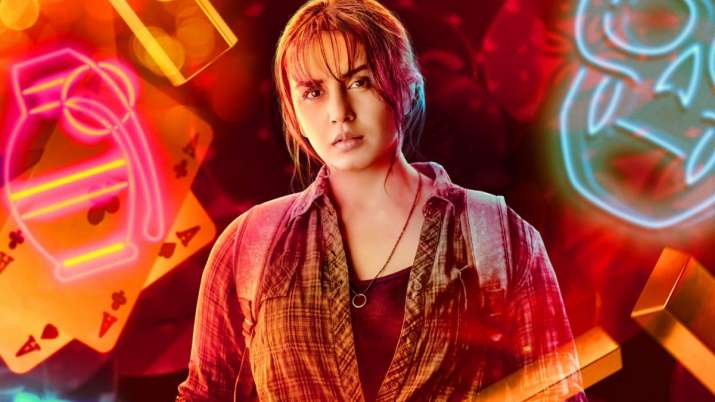 Bollywood actress Huma Qureshi, who will soon be making her Hollywood debut with the upcoming movie ‘Army of the Dead’, revealed her first look as ‘Geeta’ from the movie on Thursday. The trailer for Zack Snyder’s highly-anticipated zombie-heist film, was recently released. With Dave Bautista leading the cast, the film will follow a group of men and women who come together to stage a heist at a casino in Vegas. Now, after keeping her fans on toes, Huma finally unveiled her first look as Geeta from her debut Hollywood movie.

Along with the first look, Huma also released a statement on Instagram, saying that she is in great grief while looking at the crisis India is currently facing but keeping with her duties as a professional, she has to share her work for all to view. “My heart bleeds as my country and my fellow Indians fight personal loss, hurt, pain and devastation every day because of the Covid-19 pandemic. I stand alongside them in sharing every bit of it with them,” her statement read.

She further wished health and peace to everyone who has been diagnosed with the virus and urged those who are safe to continue staying safe by following every possible precaution in these torrid times. Filmmaker Zack Snyder’s ‘Army of the Dead’ takes place following a zombie outbreak that leaves Las Vegas in ruins and walled off from the rest of the world.

When Scott Ward, a former zombie war hero, who is now flipping burgers on the outskirts of the town he now calls home, is approached by casino boss Bly Tanaka, with the ultimate proposition to break into the zombie-infested quarantined zone and retrieve USD 200 million, that is sitting in a vault beneath the strip before the city is nuked by the government in 32 hours. With little left to lose, Ward takes on the challenge, assembling a ragtag team of experts for the heist. With a ticking clock, a notoriously impenetrable vault, and a smarter, faster horde of Alpha zombies closing in, only one thing is for certain in the greatest heist ever attempted: survivors take all.

The trailer of Snyder’s ‘Army of the Dead’ was released on April 13 and the details of Huma’s character, other than her name Geeta, are still under wraps. The film also stars Dave Bautista, Ella Purnell, Omari Hardwick, and Ana de la Reguera in important roles and is slated to hit Netflix on May 21.