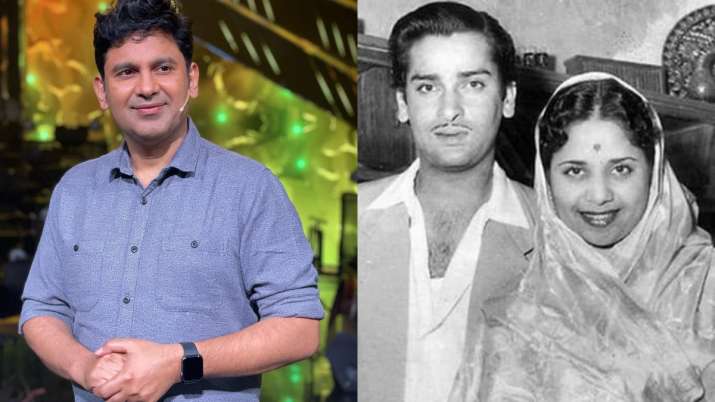 Lyricist and screenwriter Manoj Muntashir, who is currently judging a popular singing reality show Indian idol has apologized for the ‘unintentional factual error’ about Shammi Kapoor’s personal life that he made in the latest episode. In the episode, Muntashir had mentioned veteran actor Shammi Kapoor and his relationship with his late wife and actor Geeta Baali. Sharing an anecdote about Shammi Kapoor, Manoj said that once Shammi applied Geeta’s lipstick to the parting between her hair in place of vermillion to consummate their marriage.. After talking about the anecdote, Manoj laid emphasis on the fact that Shammi Kapoor never got married after Geeta’s death, but the reality is different. In 1969, four years after the death of Geeta, he married Neela Devi Gohil. Their marriage lasted until Neela’s death in 2011.

Muntashir took to his Twitter and wrote, “Like all you lovely people out there, I am a die-hard Hindi cinema fan too. Sometimes fan do commit mistakes unintentionally. I apologize about a factual error in today’s Indian idol episode. Shammi ji married Neila Devi after the untimely demise of Geeta Bali Ji. @SonyTV (sic).”

Manoj Muntashir is known for songs such as ‘Tere Sang Yaara’, ‘Dil Meri Na Sune’, ‘Phir Bhi Tumko Chaahunga’, among many others. He has also written Hindi dubbed dialogues for Baahubali 2 and Black Panther.

ALSO READ: Indian Idol 12: Aditya Narayan to return as host after he recovers from COVID-19; Anu Malik to join as judge

For the unversed, the cast and crew of the Indian Idol 12 have shifted to Daman due to the ongoing coronavirus situation in Maharashtra. Neha Kakkar, Himesh Reshammiya and Vishal Dadlani who were the judges on the show did not accompany the team. Currently, Anu Malik and Manoj Mumtashir are judging the show.