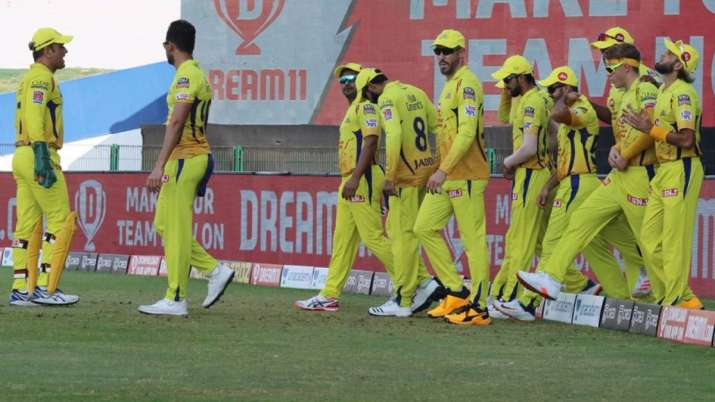 After two of its staff members tested COVID-19 positive on Monday, Chennai Super Kings have informed Indian cricket board (BBCI) of their unwillingness to play their next match against Rajasthan Royals, scheduled in New Delhi on Wednesday, reported Indian Express.

.The report further stated that the MS Dhoni-led side informed BCCI that they would only return to field after the players, who came in contact with COVID-19 positive bowling coach Laxmipathy Balaji and team’s CEO S Viswanathan, test negative over three tests conducted over six days, as per COVID-19 standard operating procedure (SOP) of the IPL.

The BCCI’s SOP for IPL states that “those who have been identified as a close contact of an affected person will be required to undergo RT-PCR testing on day one, day three and day six of the isolation period”.

“We can’t play our next game (against Rajasthan Royals). The BCCI knows about the testing protocols and how many tests need to become negative before an all-clear is given. We have communicated it to the BCCI. They will have to reschedule the game between CSK and Rajasthan Royals,” a CSK official told The Indian Express.

CSK’s next match after RR is against Sunrisers Hyderabad on May 7, which also falls under the six-day period.

If allowed, this will be the second match in three days that was postponed as Kolkata Knight Riders vs Royal Challengers Bangalore match at the same venue was called off after Varun Chakravarthy and Sandeep Warrier tested COVID-19 positive.