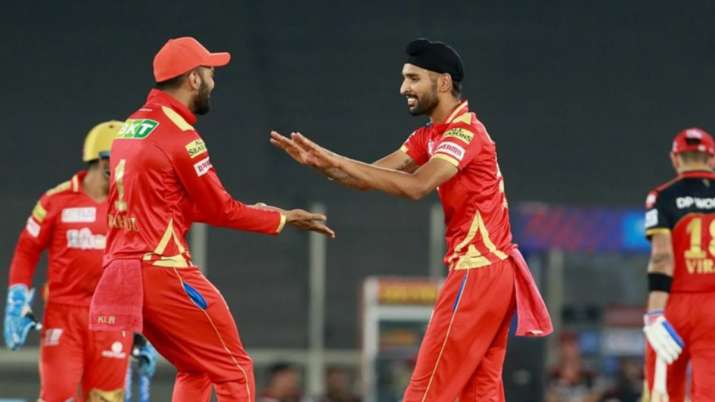 Harpreet Brar stepped up for Punjab Kings against Royal Challengers Bangalore in the 26th match of IPL 2021. The 25-year-old scored an important 25 in the business end of Punjab’s innings, and also took three big wickets of Virat Kohli, Glenn Maxwell and AB de Villiers to steer RCB to win.

In India TV’s post-match show ‘Cricket Dhamaka’, former Indian cricketer Murali Kartik lauded the PBKS all-rounder, who had surprisingly replaced Arshdeep Singh in the lineup for the game against RCB.

“We were wondering earlier if bringing Harpreet Brar for Arshdeep was a right move, but that’s the beauty of the game!” Kartik said.

“Brar scored an important 25, given the situation PBKS were in when he arrived. And then taking the wickets of the three big RCB players — Kohli, Maxwell and de Villiers was incredible. The most important thing is he tried to turn the ball, and also used the arm ball,” he further said.

Kartik also talked about the wicket of Virat Kohli; when asked if the slow batting from Rajat Patidar forced Kohli to aim for a big shot, Kartik said that it would be unfair to blame a single batsman.

“We can’t single out Rajat Patidar, everyone had a similar strike-rate. But yes, if one batsman gets stuck, the others will be in a problem. Even Virat wasn’t in a form one usually associates with a player of his class,” said the former Indian spinner.

“They didn’t bowl in the right areas. There’s an advantage for teams when they chase here, but the bowlers didn’t capitalize. They gave lot of chances to players like Chris Gayle and KL Rahul to attack,” said Chopra.