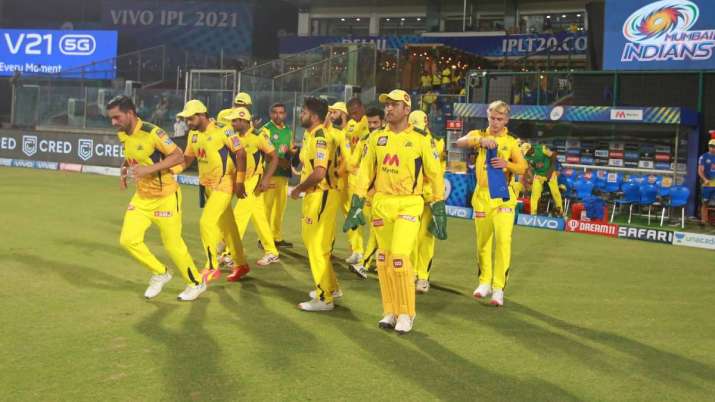 Chennai Super Kings skipper MS Dhoni blamed the execution behind his side’s four-wicket defeat against Mumbai Indians at the Arun Jaitley Stadium on Saturday. Despite posting a daunting 218/4 on the scoreboard, the Chennai outfit was outclassed by Kieron Pollard’s blitzkrieg as MI hunted down the total on the last delivery.

Pollard, who smashed the fastest IPL fifty of this season, finished with 87 from 34 deliveries to take the game away from the three-time champions. The West Indies dasher hammered 6 fours and 8 sixes during the course of his whirlwind in Delhi.

“It was a brilliant wicket. The difference was the execution. Not being too tough on bowlers, we dropped catches at crucial intervals. The bowlers would execute better and learn from this. If you look at how it went. we were very off target when it came to execution. It is important to do that. The wicket was easy to hit. In a tournament like this, you will win and lose a few close games,” said Dhoni in the post-match presentation.

Asked to bat first, the CSK batting unit was powered by Ambati Rayudu‘s blistering 27-ball 72, laced with 4 fours and 7 maximums. Faf du Plessis (50) and Moeen Ali (58) also laid the foundation of a hefty total. However, Pollard eclipsed a dominant CSK batting show with his match-winning knock while chasing.

“When you are under the pump, you learn a lot. Irrespective of where we are in the points table, we take one game at a time. We hardly ever focus on where we are standing on the table. That has been our good point along the way,” Dhoni further said.

With five wins in seven games, CSK still hold on to the top position on the points table. Dhoni and Co. will next face Rajasthan Royals on Wednesday.