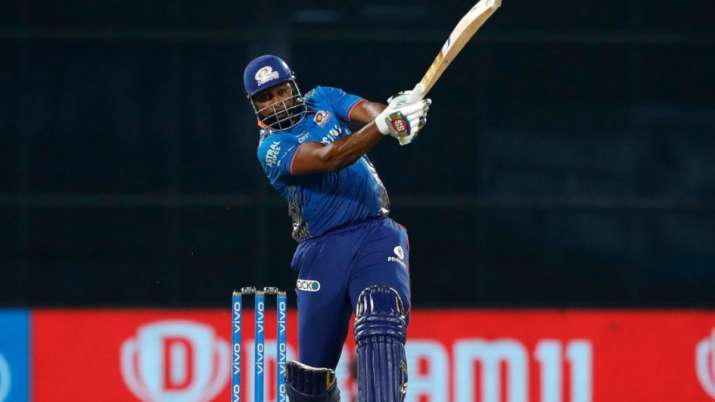 Mumbai Indians (MI) batsman Kieron Pollard brushed aside comparisons with AB de Villiers, saying he is no 360-degree batsman like the South African though he is trying his best to learn to milk runs across the playing field.

Pollard hammered Chennai Super Kings bowlers to score 87 not out off 34 balls, hitting eight sixes and six fours as his side MI won a last-ball thriller here on Saturday night.

“I can’t say I’m 360, but I am maximising it [angles in the field],” said Pollard after winning player of the match award on Saturday.

“I was fortunate Faf [du Plessis] gave me the chance,” added Pollard of the dropped catch by the former South Africa captain at long on when he was on 68. The West Indian went on to make 19 more runs.

After Mumbai lost three quick wickets to be pegged back, Pollard turned it on in the 13th over bowled by Jadeja. He hit him for three sixes in that over to start his onslaught.

“They have four overs of spin on a small ground and I looked to hit some sixes against spin. I had to maximise that over from Jadeja. That would always keep us in the game,” added Pollard.