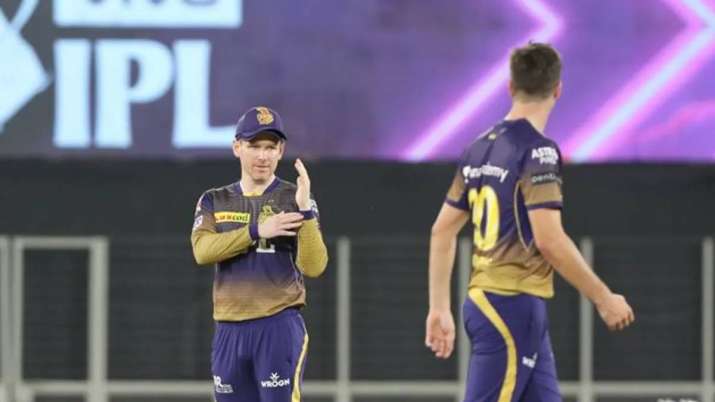 Delhi Capitals were back to winning ways on Thursday when Prithvi Shaw‘s solo show in the second innings saw the side romp to a seven-wicket victory over Kolkata Knight Riders in Ahmedabad.

Following tidy bowling efforts by Delhi bowlers — two wickets by Axar Patel and Lalit Yadav each — to restrict KKR at 154/6, Prithvi took charge with an astonishing 41-ball 82 to take the game away from KKR inside the powerplay as 67 runs came off it.

KKR captain Eoin Morgan also had to face the blame of not using their star bowler Pat Cummins with the new ball, whom he didn’t use until the fifth over, while Shivam Mavi, Varun Chakravarthy Prasidh Krishna, and Sunil Narine giving away 57 runs. Mavi alarmingly gave away 26 runs in the first over, with Shaw hitting six boundaries.

Morgan admitted after the match that Prithvi showed when he gets going, there’s no way to stop him; showing how off the pace they were.

“Shaw played brilliantly, nothing much we could do. Also shows how good the surface was. We weren’t good enough with all departments,” he said while adding that Cummins is part of the team’s new-ball plan.