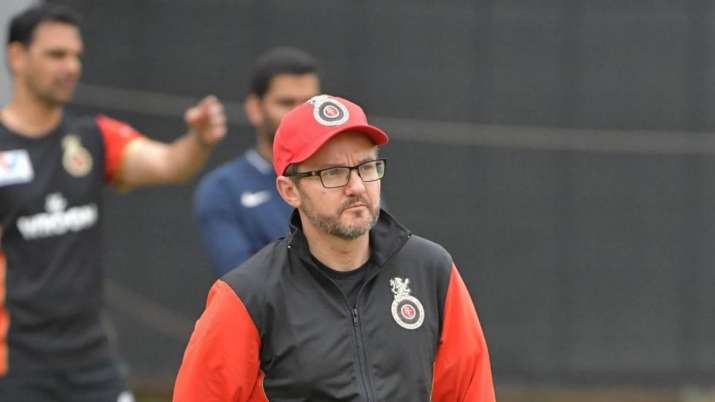 Royal Challengers Bangalore’s (RCB) Director of Cricket Operations, Mike Hesson, felt after the 34-run loss to Punjab Kings (PBKS) that it had more to do with slowness of the pitch than any lack of effort by his team.

After carefully analysing the performance of his team, which has lost only two Indian Premier League (IPL) matches so far in this edition, Hesson said what caught the team off-guard was the difficulty in playing the shots in the second innings.

“It was getting difficult to force the ball. I think you could stand and force the ball once but when you were trying to hit, it was getting very hard. We weren’t getting any timing on it. The harder we tried to hit, the worse it got. We needed to get one into the stands but it was very difficult,” said the former Head coach of the New Zealand cricket team.

Hesson conceded that Chris Gayle (46 off 24 balls) did upset the rhythm of his bowlers when Punjab Kings were batting. “He (Gayle) came in and put us under pressure and we probably couldn’t respond as well as we could have. Then we fought back really well (restricting PBKS to) 100 for 1 after 10 overs. But over the next 6-7 overs, we just let it slip,” Hesson averred.

“They (PBKS) probably got 15-20 more runs than would have been ideal on this sort of a wicket. Had they been restricted to 160, we would have approached the game slightly differently.”

Hesson said that after every loss there has to be a review and this time, too, there will be one, but “there’s not much one can do, as every member of the team is doing well, and we are winning.”

“When we do the review, we might look at how we can operate better on these types of surfaces and how we can be a bit more proactive with the bat through the middle (overs), and get us up to speed with the game. Just try and up the ante.”