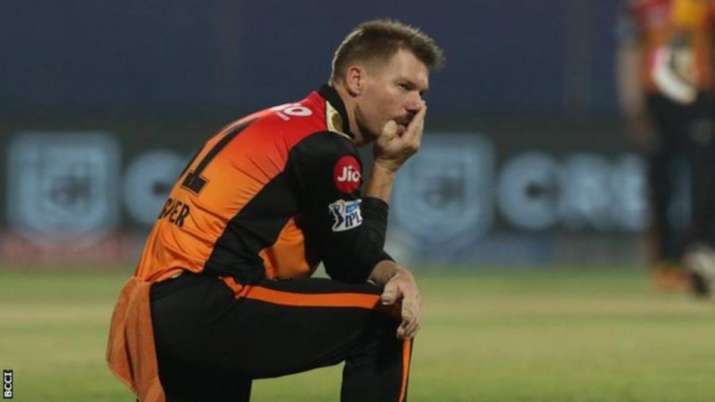 Sunrisers Hyderabad’s director of cricket operations Tom Moody on Sunday confirmed that David Warner will not be part of the playing XI for the IPL 2021 match against Rajasthan Royals at the Narendra Modi Stadium in Ahmedabad.

Since his debut for SRH in 2014, Warner has missed 20 IPL matches for the franchise but has been dropped from the playing XI for the first time

“We had to make the hard call – somebody has to miss out and unfortunately it’s him. He’s shocked and disappointed. Anyone would be disappointed. He has come to terms with the logic behind what we want to achieve from a franchise’s perspective. He has rallied around the team and more importantly the team has rallied around him. I don’t think what’s happened in the past isn’t as relevant and we have made some significant changes in the ground in the last 24-48 hours,” said Moody minutes ahead of the toss.

Earlier on Saturday, Warner was dropped as the captain of SRH and Kane Williamson was named as the new skipper. The decision was taken by the Sunrisers’ team management comprising Tom Moody (team director), Trevor Bayliss (head coach), and the two mentors in VVS Laxman and Muttiah Muralitharan.

The news came a day after Warner had taken “full reponsibility” for his go-slow approach in SRH’s defeat against Chennai Super Kings, their fifth in the season which saw them languish at the bottom of the table. Warner, the game previous to that, had opined that dropping Manish Pandey from the playing XI was a “harsh” call by the “selectors”.