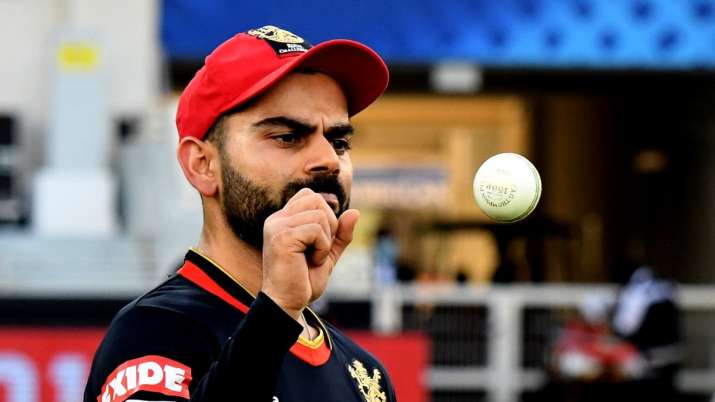 Royal Challengers Bangalore are confident now and we are gonna bowl first, said skipper Virat Kohli as he won the toss against KL Rahul-led Punjab Kings at the Narendra Modi Stadium on Friday.

The Bangalore outfit comes into this game after a narrow one-run win against Delhi Capitals on Tuesday. For this clash, RCB included Shahbaz Ahmed in place of Washington Sundar in their set-up.

“More confident now, we gonna bowl first. So the game last night, short boundary on one side. The pitch was two-paced last night, so we want to bowl first. Shahbaz comes in for Sundar looking at the composition of their side.

“Even when you win games, you need to rectify stuff. We have stepped in with six or seven bowling options each game, so that gives me a lot of comfort and space. The bowlers have been on their mark, all credit to them,” said the RCB skipper.

Punjab, on the other hand, made three changes to their Playing XI. Riley Meredith, Prabhsimran Singh, and Harpreet Brar were included in the place of Moises Henriques, Arshdeep Singh, and Mayank Agarwal.

“We have always found ourselves in this position, we just have to go out there and put up a show tonight. We have three changes. Henriques and Arshdeep are out, Mayank is not feeling too well as he got hit in the last game.

“Meredith, Prabhsimran and Harpreet are in. It’s (inconsistency) something we have spoken about. We are a young group of guys except for Chris, but it’s important that we learn from our mistakes. I hope so (a century for Gayle),” said Rahul.

After registering four losses and two wins, Punjab Kings are currently placed sixth on the points table with four points, whereas RCB are third with 10 points from five wins, only behind Chennai Super Kings and Delhi Capitals.