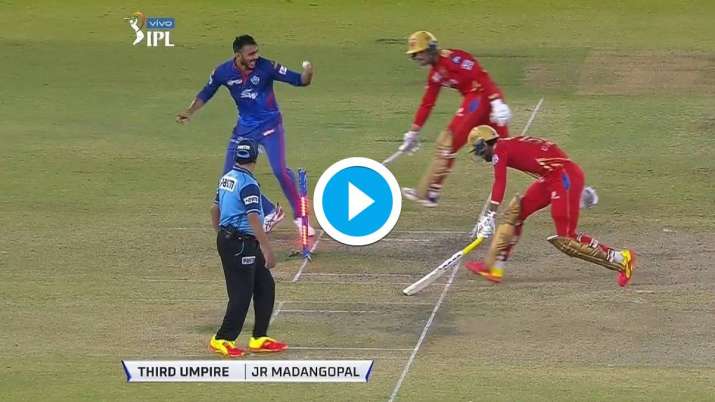 Punjab Kings were in for a shock on Sunday when their young captain KL Rahul was ruled out from the IPL 2021 over an injury while Mayank Agarwal was asked to step us as the stand-in skipper.

Trying to set up a strong target on the board, Mayank had a mix-up with the newly-in Deepak Hooda in the 14th over when the duo had a mix-up in an attempt to steal a quick single; with both the batsmen finding each other on the same end.

The replay reveals that Hooda was caught ball watching as Mayank punched one to the right of Hetmyer and started off for a quick single. Hooda did start

Mayank, who has previously led the Karnataka Ranji side, did show he has the captaincy ability in him as he led from the front with a 90-odd innings against title contenders Delhi Capitals in Ahmedabad on the day but had an embarrassing moment on the day as well.  But then he stopped to see if Hetmyer had stopped the ball on the dive. He did and so did Hooda, who was now running back, Mayank kept running, but was well behind his partner when Axar tipped the bails off.

Everyone thought Hooda was adjudged out as he was ahead of Mayank while entering the end, The same was said in the commentary that Deepak Hooda is out since he is close to the crease. However, the rules say that since both players did not cross and non-striker stump is broken, non-striker is out; leaving fan in a confusion.