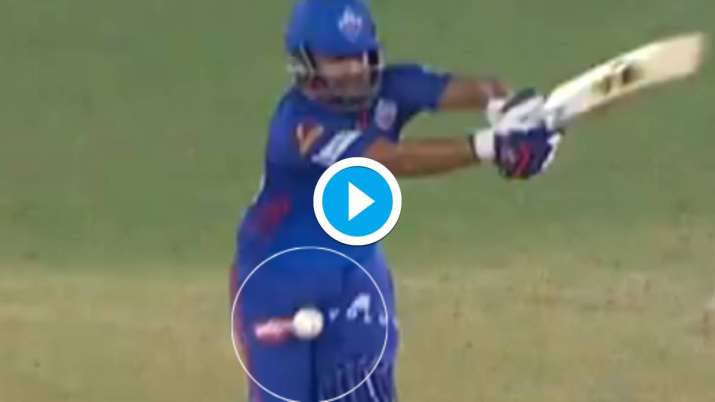 Delhi Capitals’ (DC) Prithvi Shaw could be seen letting out a smile while looking into his pants after being hit on the crotch by a delivery from Punjab Kings (PBKS) fast bowler Riley Meredith at the Narendra Modi Stadium in the Indian Premier League (IPL).

Shaw took the hit in the third over of the match and looked to be in considerable pain after that. The team physio came out and checked on Shaw but by that time, the batsman seemed to have recovered and could see the funny side of things.

The 21-year-old batsman has been in good form this season and DC captain Rishabh Pant lauded him and opening partner Shikhar Dhawan for the good starts they have consistently given the team.

“It feels so good when you have a great start, [in] each and every match, with a mixture of youth and experience. You can see that everyone is doing so well around them,” Pant said after DC beat PBKS by seven wickets. Shaw ended up scoring 39 runs off 32 balls and put up an opening stand of 63 runs with Dhawan.

(With inputs from IANS).