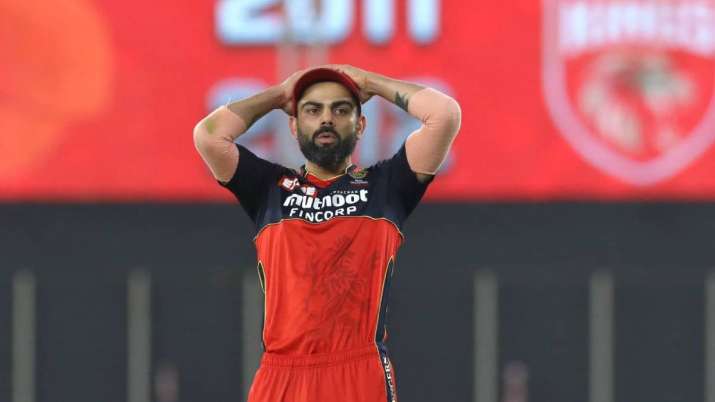 Following a 34-run defeat against Punjab Kings on Friday, Royal Challengers Bangalore skipper Virat Kohli admitted that his side gave away ’25-odd runs’ in the end at the Narendra Modi Stadium.

Electing to bowl first, RCB curbed the Punjab batting unit to 118/5 at one stage in the innings. However, skipper KL Rahul stepped up with an unbeaten 91 while Harpreet Brar chipped in with 25 from 17 deliveries as PBKS posted 179 for five on the scoreboard.

“They got off to a good start but we pulled things back somewhat after five down. Should have been chasing 160, when they were 116/5, but we gave away 25-odd runs in the end. Focused too much on what the batters were doing. We got away from our plans. We gave too many bad balls for boundaries.

“As batsmen, we could have tried different things early on. It was tough to hit through the line. It was all about trying to get a partnership and have a strike rate of more than 110. We were not able to do that as a batting unit. Just a few little tweaks we need to address going forward. There are areas we need to improve,” said Kohli in the post-match presentation.

The RCB skipper also heaped praise on Rajat Patidar, who scored 31 from 30 deliveries and kept the scoreboard ticking against a disciplined Punjab bowling unit.

“Rajat is a quality player, just that tonight wasn’t his night. In the end, we gave away 25 runs too many. One wicket there and we could have squeezed them. We couldn’t execute our plans. Pulled few runs nicely as Harshal and Jamieson hit few runs towards the end. The margin could have been a bigger one otherwise,” concluded Kohli.