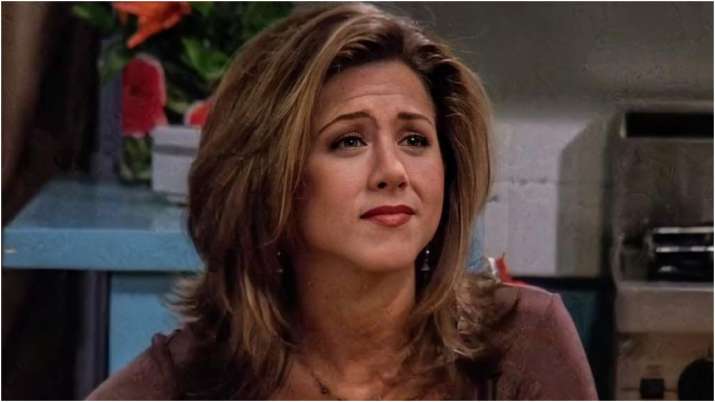 Actress Jennifer Anniston is the newest name to be added to the list of celebrities coming forward to help India during the COVID 19 crisis. The actress, who is best known for her character Rachel Green in the popular American sitcom Friends, took to Instagram stories to spread awareness as the country faces the brunt of the deadly virus.

“A severe second wave of coronavirus infections has swept over India, setting global records for new infections each day over the past five days,” she wrote in the post. In the following story, she mentioned a fundraiser and shared details writing “is raising money for immediate relief aid for India.” Encouraging all to come together and help India, in another story she wrote, “You don’t have to donate to help – spread the word with whatever platform you have to help build awareness.” 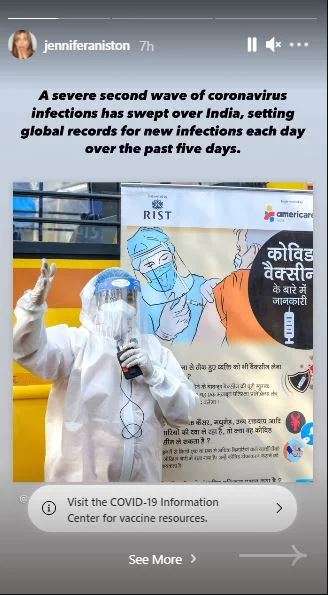 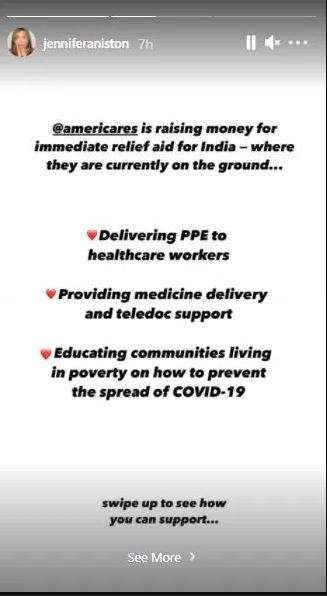 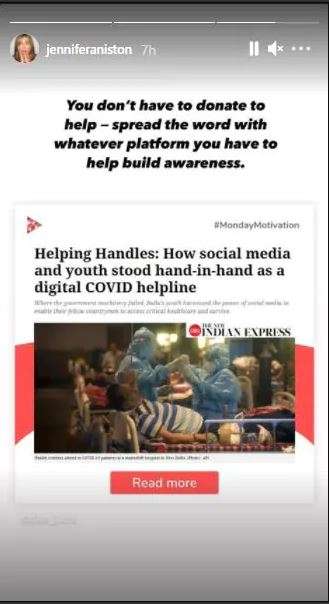 Meanwhile, India on Wednesday recorded 3,780 deaths, maximum in a day and 3,82,315 fresh cases of Covid-19 infections in the last 24 hours, taking the total caseload in the country to 2,06,65,148, Union Ministry of Health and Family Welfare said.

It is the 14th straight day when India recorded more than three lakh cases while over 3,000 casualties have been reported for the past eight days.

On the work front, Jennifer has shot a special episode of Friends with the original cast recently. The episode will see the reunion of the six leads — Courtney Cox as Monica Geller, David Schwimmer’s Ross Geller, Lisa Kudrow as Phoebe Buffay, Matt Le Blanc as Joey Tribbiani and Matthew Perry as Chandler Bing besides Jennifer Anniston as Rachel Green.

Apart from this, the actress, who was last seen on the big screen in the 2019 film, Murder Mystery, will be back with the second season of hit series, The Morning Show. Aniston’s role as a journalist in The Morning Show earned her a Golden Globe nomination for Best Performance by an Actress in a Television Series — Drama category.

Reese Witherspoon and Steve Carell also star in the show, which explores the world of morning news through the eyes of two female journalists.