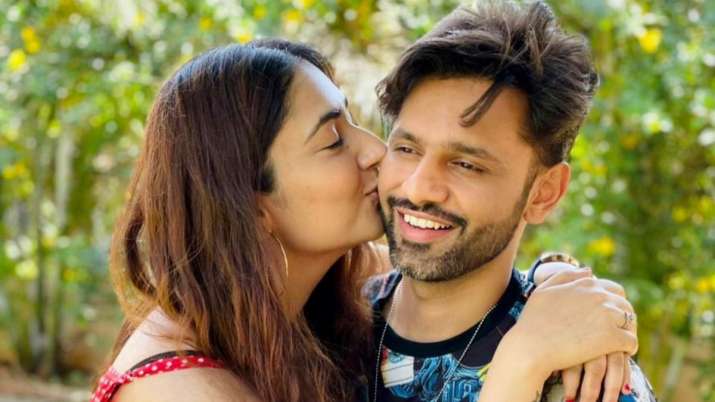 The shoot of the much-awaited reality show Khatron Ke Khiladi 11 is soon to get kickstarted in Cape Town. All the contestants are asked to follow a mandatory isolation period before the shoot starts under a strict bio bubble. We already shared the final contestant’s list with our readers and as you know by now that Bigg Boss 14 runner-up Rahul Vaidya is going to participate in the show. Before the singer sets for his adventure, girlfriend Disha Parmar surprised him with a special ‘parting gift’.

Rahul took to his Instagram and shared a video of him opening his present, as Disha looked on excitedly. “Thank you, baby, this is so cool,” he told her. She, however, was a little as the store forgot to include a ‘cute letter’ that she had written for him.

Disha read out the note from her phone, “A little parting gift as you get on another adventurous journey and obviously, you are going to rock that too. Love you too much, DP.” To this he replied, “Love you too.”

Rahul Vaidya announced his love for Disha Parmar on Bigg Boss 14 and ever since the couple has been painting the town red.Rahul had proposed for marriage to Disha on national television. From making public appearances together to posting mushy pictures on social media, the two never shy away from having some PDA moments. Meanwhile, the duo was last seen in their first music video together, Madhanyaa. They recieved a lot of praises for the song.