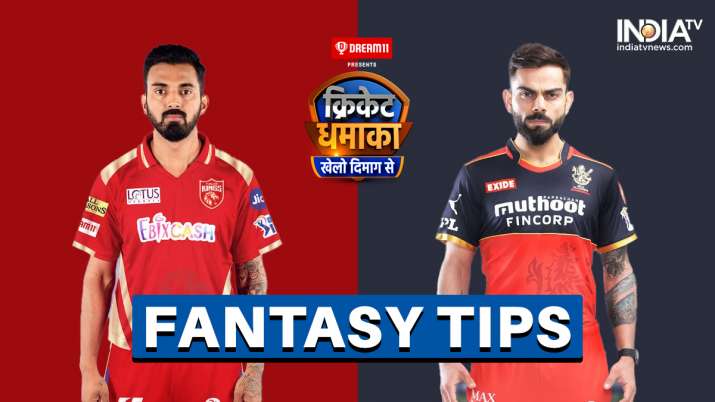 Royal Challengers Bangalore (RCB), who are among the most consistent teams at this year’s Indian Premier League (IPL) will take on Punjab Kings (PBKS) who have been among the most inconsistent, losing four out of their six matches.

RCB have won five of the six matches they have played with their only loss coming against Chennai Super Kings.

They are coming off a close one-run win against Delhi Capitals on Tuesday. The win took them to 10 points.

The former South African batsman has been incredible for the RCB so far, and is an automatic choice for selection in the Dream11 team. Rahul, meanwhile, is the most important batsman in the Punjab Kings’ lineup and both the sides will be hopeful of a fruitful show from their two star players.

Kohli and Maxwell have made timely contributions for the side with the bat. In the previous game, Patidar showed his potential with an important 22-ball 31 after RCB lost their openers cheaply against Delhi Capitals.

From PBKS, Chris Gayle can never be ruled out as the left-handed batsman still has the potential to turn the tide singlehandedly.

The RCB all-rounder has pitched in with handy contributions from time to time for the side. With the ball, he remains economical as ever.

Yuzvendra Chahal has made a timely return to form for the RCB while Harshal Patel is on a stellar run with the ball. He is currently the purple cap holder in the tournament.

For PBKS, Arshdeep Singh and Ravi Bishnoi are the two youngsters who have delivered more often than not.