Bollywood casting director Seher Aly Latif passed away on Monday due to cardiac arrest, her associate and director Neeraj Udhwani said. She was 40 and was known for her work  on films like “The Lunchbox” and “Durgamati.” She had also backed the Netflix series “Bhaag Beanie Bhaag”, starring Swara Bhasker, and “Maska”, a film for the streaming service which featured Manisha Koirala. “There was some infection, which caused renal failure. She was admitted last weekend. She was on antibiotics and was recovering. But today she suffered a cardiac arrest and suddenly it was all over,” the filmmaker told PTI.

Bollywood celebrities including Nirat Kaur, Rajkummar Rao, Swara Bhasker, Manvi Garoo and others took to social media to mourn the sudden demise. Nimrat wrote, “One of the kindest, most loving people Mumbai gifted my life with. Still trying to process this unreal news…. Travel on into the light my dearest, sweetest Seher. The unpredictable, ghastly shortness of life remains baffling… Await to meet you on the other side.”

Swara Bhasker shared a video with Seher and tweeted, “Seher, I teased you ‘coz I didn’t know how to tell you how much I like you- for ur warmth, for ur cheer, for ur gentle goodness, for ur kindness to strugglers, for ur fun, for ur beliefs, for standing up for me, for unwittingly helping me out of a dark place. I joked with u because I didn’t know how else to express my deep fondness & affection for u. For the warmth & good spirits u brought to your work & mine.. I wish we had followed through on the catch up sessions we planned. I wish I had called instead of texting.”

She added, “I wish we’d met this last month Seher. I wish I’d referred to u as ‘Seth ji’ .. If we are wishing, what I really wish is this cruel accident of fate be reversed and you threaten not to sign my cheques again.. I can’t say goodbye #SeherAlyLatif Not yet, not yet.”

Swara Bhasker also shared a couple of pictures of the casting director and said, “There are no words. Seher Latif is no more. This is cruelty. So young, so much to give. Can’t even utter RIP. We spoke only two weeks ago, I teased her & she laughed.. It is unimaginable that we won’t see her wide smile anymore. I can’t fathom this. No, not” 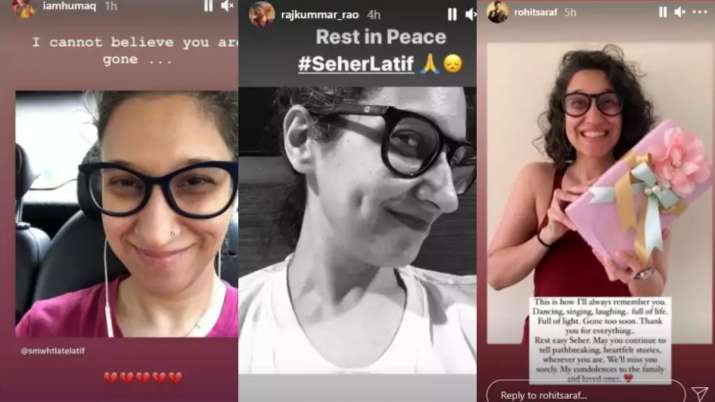 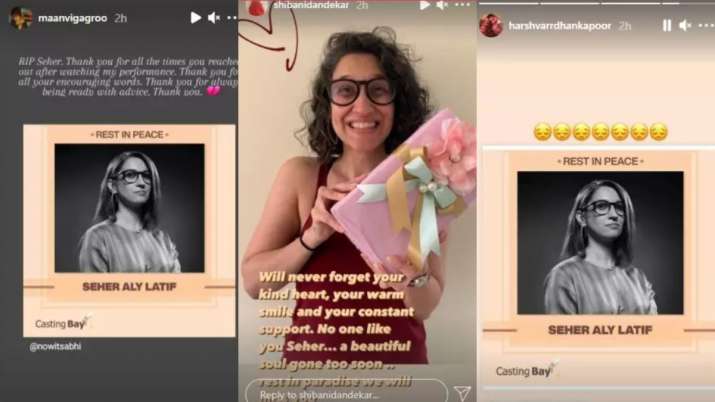 Pankaj Tripathi: Those of us who have power and potential must look out for others