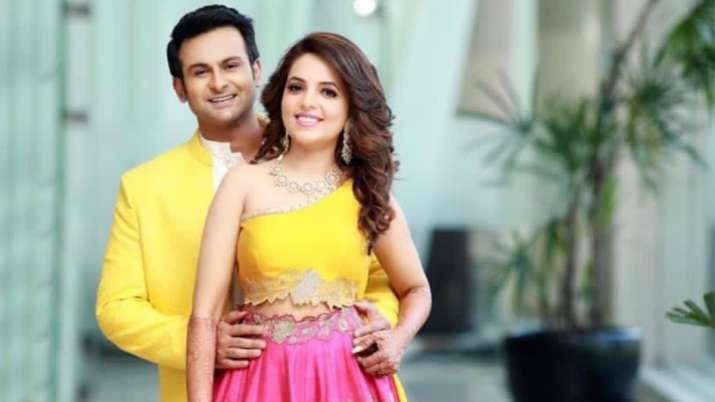 Comedian couple Sugandha Mishra and Sanket Mishra tied the knot a few days back and left their fans screaming with happiness. Well now, the newly wedding couple are enjoying their marital bliss and sharing a glimpse of the same on social media. Not only this but the two of them are very actively sharing pictures and videos from their wedding and their pre-wedding festivities. Once again, they did the same when Sanket dropped a hilarious video on Instagram revealing who is the one who makes tea post their marriage. In the same, the new bride Sugandha is seen holding a cup of tea in her hand asking Sanket who is lying on the bed if he needs the same. She even asks him what kind of tea he needs and as soon as he responds, she asks him to do it himself.

The funny video was shared on Sanket’s Instagram handle alongside a caption reading, “#shaadi ke baad.” He even tagged along a few laughter emojis in the caption.

Have a look at this rib-tickling video here:

Sugandha, recently prepared her ‘first rasoi’ in which she made ‘Panjiri’ for everyone in the family. Speaking about the same, she told BT, “It’s a traditional Punjabi sweet dish, which we make during a puja. It’s served as prasad. I am glad that everyone liked it. Eventually, I prepared a Maharashtrian sweet dish as well. It was a great mix of Punjabi and Maharashtrian dishes on the table.”

The comedian recently shared beautiful glimpses from their wedding ceremony. Have a look at the same here:

For those unversed, Sugandha and Sanket exchanged wedding vows on April 26, 2021, in the presence of their family members and friends. Keeping in mind all the necessary precautions, the couple made their guests go through an RT-PCR test for COVID.