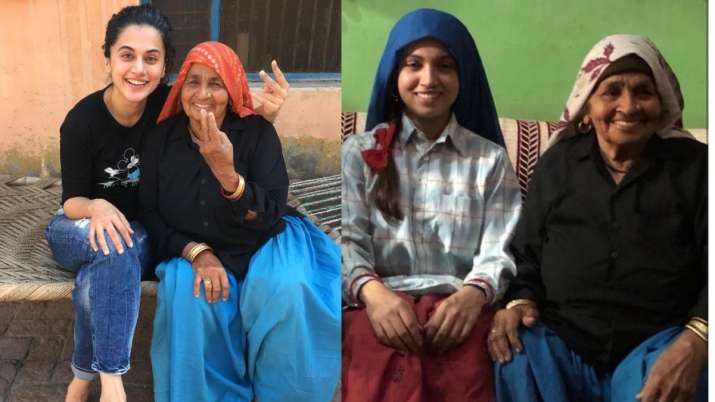 Shooter Chandro Tomar, fondly known as Shooter Dadi, died after battling COVID-19 on Friday. She was admitted to a hospital in Meerut earlier this week. She was 89. Hailing from the Baghpat village in Uttar Pradesh, Tomar was already 60-plus when she picked up the gun for the first time but went on to win many national competitions even inspiring a Bollywood film ‘Saand Ki Aankh’ on her life. Now, actress Bhumi Pednekar, who played Chandro in the 2019 film, says Chandro Tomar’s death comes as a “personal loss” to her.

Taking to her Instagram, Bhumi wrote, “Chandro Dadi … Am so saddened by the demise of Chandro Tomar dadi Aka Shooter Dadi Chandro. Truly feels like a part of me has gone. A part of family has gone. She lived a life full of greatness and impacted so many lives. Questioned patriarchy and broke every shackle of ageism. Her legacy will live on in all those girls whom she became a roll model for.”

The actress says she felt fortunate to have play her character in ‘Saand Ki Aankh’ added “I feel extremely lucky that I got a chance to portray her on screen. It was this process of becoming her that taught me so much about life and being a woman. It felt like I am her. Courage, compassion, kindness and a smile on her is how she lived her life. An ace air pistol shooter, a phenomenal teacher a voracious speaker and a nurturer. She will be missed deeply.”

The actress says that she will always remember her. “My condolences to her family and all her well wishers #TannBudhaHotaHaiMannBudhaNahiHota,” Bhumi concluded.

Sharing a picture with her on Twitter, actress Taapsee Pannu, who played the role of Prakashi Tomar in the film, said “For the inspiration you will always be… You will live on forever in all the girls you gave hope to live. My cutest rockstar May the and peace be with you.”

Meanwhile, actor Randeep Hooda also posted on social media about how he was to meet her for the inauguration of a shooting ring, which got delayed due to Covid.