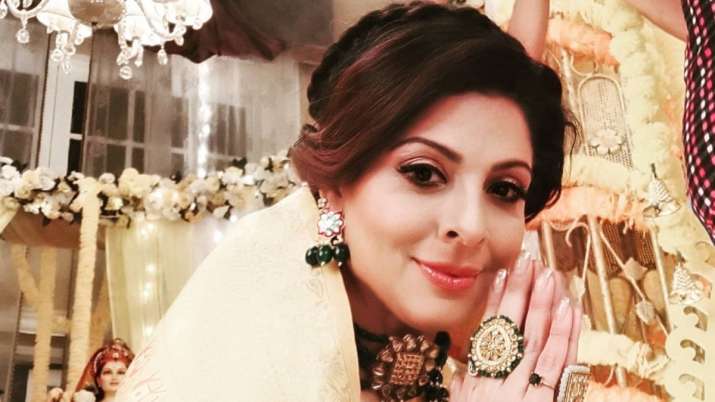 Television popular actress recently claimed in an interview that the makers of the TV show, Apna Time Bhi Aayega, replaced her over a ‘random call’. She expressed that after she showed her concerns over travelling to Goa for a shoot amid a coronavirus spike in the country. According to her, the makers replaced her abruptly, without even discussing the possibility of a solution. The actress plays the role of Ranisa in the show also took to social media and shared it is unfair.  She wrote, “SHOCKING NEWS. TO BE TOLD YOU ARE REPLACED! OVER A PHONE CALL?! If I had to do the same as an actor because I got a better roll and better price somewhere else I would have been labelled AN UNPROFESSIONAL ACTOR Isn’t it? Why? Why? Are Actors treated this way?”

Many celebrities including Vahbiz Dorabjee, Debina Bonnerjee have come in support of the actress. Actor Karan Veer Mehra said, “Absolute non sense, insensitive and irresponsible on part of the production .. way to go @tannazirani.” Vahbiz Dorabjee said, “It’s sad that even after the pandemic it has not taught them the value of a human life.The treatment badly needs to change.Actors are not a tissue paper.Respect first.And tanaaz on your part you are right.Safety first.Stay safe.And Value yourself.”

Actress Mouli Ganguly wrote, “U can’t ask question to the producer or channel unless are thr blue eyed baby ….that’s how sadly television industry operates ..no mutual respect or understanding for senior talented actors.” Delnaaz irani said, “Health and family first…nothing is more important..god bless.” Actress Debina Bonnerjee said, “True. @tannazirani_ we are with you. You did the right thing. If shoot has come to a halt in Mumbai is for the health reason for the people. There is no point shifting base and continuing shooting. Covid is not seeing the state and attacking.”

Due to the Maharashtra lockdown due to a rise in Covid-19 cases, several TV shoots have shifted to new locations. While talking to Bombay Times Tannaz Irani had said, “The production house texted everyone, enquiring whether we would be available to shoot, but without mentioning other details like accommodation and duration of the stay. I told them that I was not sure about travelling, but was open to a discussion. However, there was no discussion.”

She added, “It was a random call; they told me that I was required to shoot every day, as my character is pivotal. They went on to add that they have thought it through and since I can’t travel to Goa, they are replacing me. I am shocked and confused. If something like this can happen with a senior artiste like me, I can only imagine the state of newcomers. I have been replaced and I can’t do anything about it.”