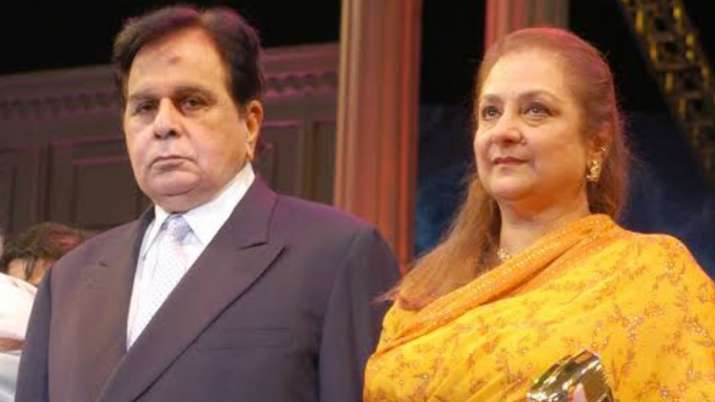 Bollywood’s legendary actor Dilip Kumar is currently admitted in the hospital due to some health issues, informs his actress-wife Saira Banu. The much-in-love couple has been together for over 54 years as they got married in the year 1966. Every now and the 98-year-old actor’s wife shares updates about his health, their fond memories through pictures and beautiful facts about their journey together over social media. Yet again, she did the same but in an interview with a leading portal where she informed that Kumar was taken to the hospital for his regular health checkups and is likely to get discharged on Sunday.

Saira Banu informed about the same to ETimes and even said that apart from the checkups, proper monitoring of his various parameters will also be done. She said, “Dilip Kumar Saab is recovering well and will be discharged from the hospital tomorrow.”

Known for his stellar performances in films like– Kohinoor, Mughal-e-Azam, Shakti, Naya Daur and Ram Aur Shyam, Dilip Kumar recently took to his Twitter handle and shared prayers. He tweeted, “Praying for Everybody.”

Speaking about his health condition, Saira previously told ETimes, “He’s not too well. He’s weak. At times, he walks into the hall and back to his room. His immunity is low. Pray for his welfare. We are grateful to God for each day.”

For the unversed, Dilip Kumar’s brothers Ahsan Bhai and Aslam Bhai passed away due to COVID-19 last year which is why they didn’t celebrate their wedding anniversary which falls on October 11. Informing their fans about the same, Saira tweeted, “Oct. 11, is always the most beautiful day in my life. Dilip Saheb married me on this day and made my cherished dreams come true. This year, we are not celebrating. You all know we lost two of our brothers, Ahsan Bhai and Aslam Bhai.”

On the professional front, Dilip Kumar was last seen in ‘Qila’ in 1998. His debut in the acting world was made through ‘Jwar Bhata’ in 1944.