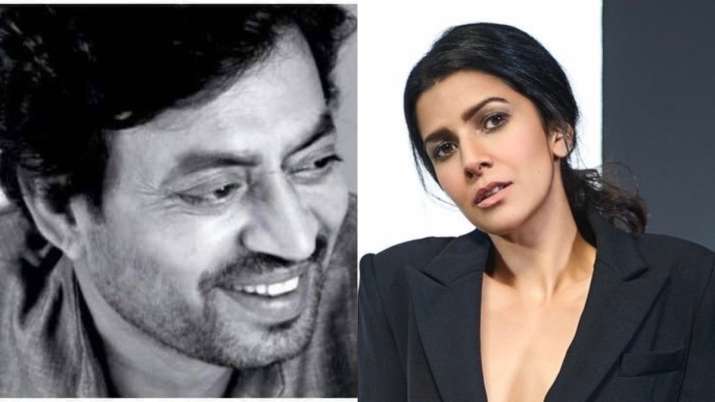 Bollywood actress Nimrat Kaur, who shared screen space with Irrfan Khan in critically-acclaimed “The Lunchbox”, remembered the actor’s death a year ago means the loss of the “possibility that he stood” for as someone who always “pushed boundaries that did not exist”. Irrfan, 54, lost his battle with a rare form of cancer on April 29 last year in a Mumbai hospital, continues to be mourned by his friends, family and fans, who flooded social media pages with the smiling pictures of the actor and shared anecdotes and stories about him and his movies.

Nimrat played Ila, an unhappy housewife, in Ritesh Batra’s 2013 movie, who forms a connection with a government employee on the verge of retirement through a mistaken delivery of a lunchbox by Mumbai’s famed Dabbawalas.

Paying tribute to her co-star, Kaur said it is still extremely difficult to fathom that the actor is no longer in the world.

“Anywhere I go, there is always a mention of how it’s unbelievable and what an unbelievable loss it is to our fraternity. And the possibility that he stood for and what he could have brought with him as an actor, not just domestically but globally as well,” Kaur told PTI.

The actor said Irrfan was a living school, an “institution” and merely watching his work or watching him at work was one of the most eye-opening experiences.

“…Not only did one marvel at the way he brought any character to life and to an extraordinary limit, but he was also just so easy about it. This was one of the most extraordinarily attractive qualities about him as an actor that he pushed boundaries that did not exist; he could take characters to heights and depths that even I couldn’t even imagine.

“He could make dialogues feel as if he is sitting next to you and he’s talking to you personally, he has that ability – his eyes and his voice, it just communicates what the writer has written,” she said.

Kaur believes there was always a miracle around Irrfan as an actor.

“It wasn’t a craft beyond a point, it wasn’t any kind of a studied method, I feel like he was genuinely gifted and god blessed. It is really, truly a loss that I feel we won’t be able to recover from because I know the possibilities that he brought with him don’t exist anymore,” she said.