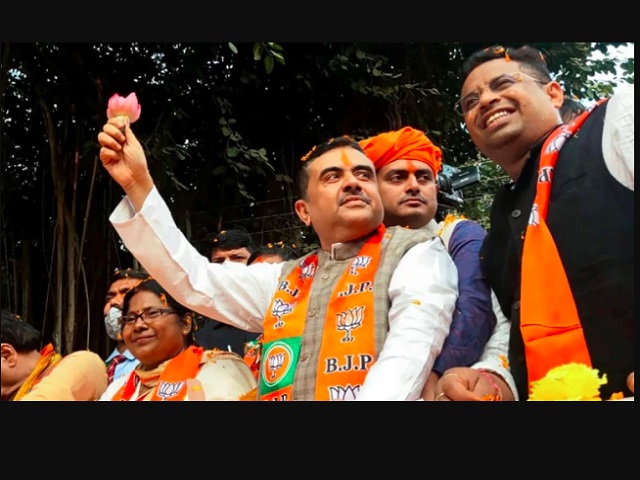 The Chief Minister had actually taken a major risk by switching her constituency this time and taking up the Nandigram seat, which though was a TMC stronghold but was known to be a strong area for the Adhikari family, who recently switched their allegiances to the BJP.

From the latest trends coming in, the BJP, which was looking to win over 200 seats in the state, will have to settle for less than 100 constituencies, which is also way higher than their three seats in the last West Bengal State Assembly Elections.

Mamata Banerjee: Mamata Banerjee has taken a huge risk this by leaving her current seat and choosing to fight from Nandigram, which was a TMC stronghold but held by the Adhikari family, which has switched over to the BJP.

Suvendu Adhikari: Suvendhu Adhikari is the turncoat TMC MLA who crossed over to BJP along with some other TMC MLAs. He is taking on the CM from his family’s stronghold seat.

Madan Mitra: The TMC heavyweight Madan Mitra is contesting from Kamarhati constituency. He is pitted against BJP’s Anindya Banerjee and CPI(M)’s Sayandeep Mitra in the seat.

Ashok Kumar Lahiri: The well-known economist has been pitted against TMC’s  Sekhar Dasgupta in the Balurghat constituency. The RSP has fielded Sucheta Biswas. Lahiri is a member of the Fifteenth Finance Commission and has also served as the 12th Chief Economic Adviser to the Government of India.

Which candidate is leading, who is trailing?